New eInvoicing legislation has become law. What does it mean for you?

More than 1.4 billion invoices are sent every year in Australia and New Zealand. With that in mind, it is easy to understand why people, especially those in the Australian Government, see eInvoicing as a game changer.

eInvoicing enables organisations to send and receive invoices electronically, directly to and from their software. It removes the need for unnecessary data entry and inaccurate OCR scanning. The eInvoicing model is based on four-corners, where corners one and four are the supplier and customer two and three are Access Points. These Access Points connect to each other to exchange eInvoices.

You might also hear about Peppol in relation to eInvoicing. Peppol is a standard for eInvoicing, developed by OpenPEPPOL, an international standards body. It defines the eInvoice message format, as well as connection protocols and governance.

The Peppol network is also able to exchange more than just eInvoices. Purchase orders are being reviewed and localised for Australia and New Zealand with more expected to be launched in the future. 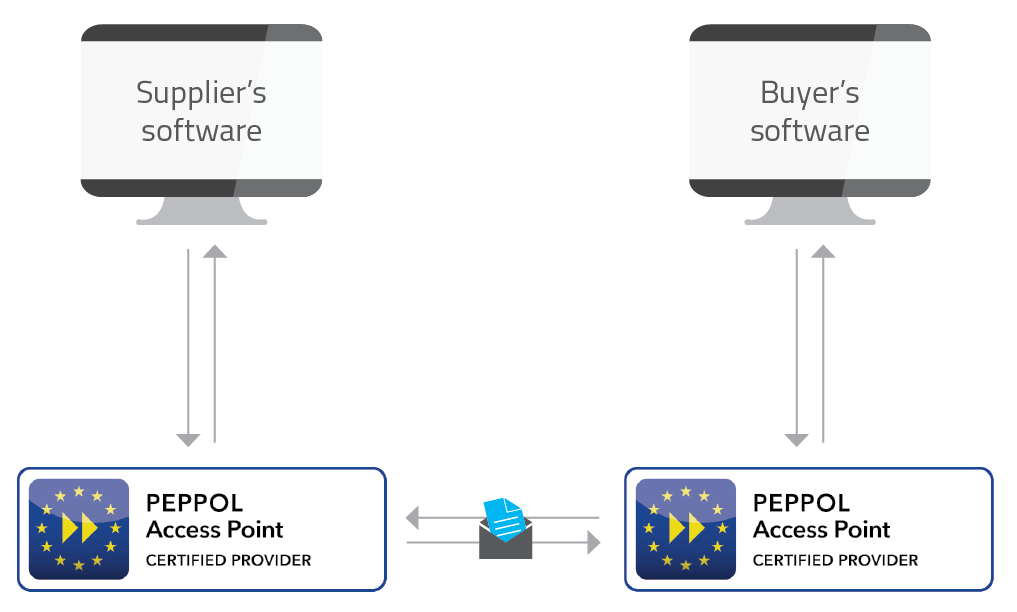 What are the benefits of eInvoicing?

A round up of developments so far:

What’s in the new eInvoicing legislation?

On the 29th of October 2019, legislation became effective allowing an Australian Peppol authority to be established by the Australian Taxation Office (ATO). The ATO put in their application to OpenPEPPOL to begin the membership process and was announced as a Peppol member on the 31st of October. Around the same time, the Ministry of Business, Innovation and Employment (MBIE) become the New Zealand Peppol Authority.

As a result of the new legislation, the ATO and MBIE can now start to certify Access Points in Australia and New Zealand respectively. The ATO has begun working with software and eInvoicing solution providers to get the ball rolling. This is an important development as it means Australian and New Zealand businesses can connect and start to send invoices through the eInvoicing network as soon as Access Points have been certified.

What does this mean for you?

To access the eInvoicing network and start reaping the benefits of eInvoicing, businesses will need an Access Point. Software providers should find their own Access Points, or if your software doesn’t have an Access Point, you can find one directly.

For software providers: Now is the time to start engaging Access Points to get your customers ready for eInvoicing.

Tag:
E-invoicing
Back to blog Next blog